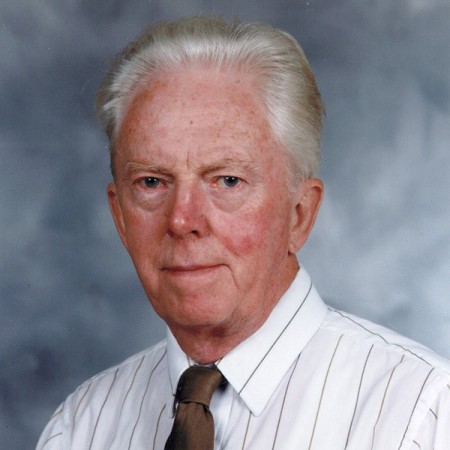 It is with great sadness that we announce the passing of our cherished AOVET colleague and Senior AO Trustee, Professor Geoff Sumner-Smith, on October 18, 2016.

Professor Sumner-Smith was born in Lancashire, England and was awarded his veterinary degree from the University of Liverpool, England. In 1967 he immigrated to Canada, to work at the Ontario Veterinary College, University of Guelph, where he remained until he retired as Emeritus Professor. Beginning in 1970, he was a member of the faculty teaching at the AOVET courses held annually at the Ohio State University. He also frequently taught at other AOVET courses in Davos, Australia, New Zealand, United Kingdom, and Africa. He introduced AO philosophy and techniques for management of fractures in animals by veterinary surgeons at the Ontario Veterinary College. Geoff was a prominent figure in the AOVET group for more than four decades and was the fourth president of AOVET from 1986 to 1988.

Through his research collaborations with medical colleagues in Toronto and then a three month fellowship in the AO Research Institute in Davos where he worked on in vivo loading of the tibia, Geoff became very good friends with Joseph Schatzker, Stephan Perren, Hans Willenegger, Robert Schenk, Ortrun Pohler, and Fritz Straumann. In those early days of the AO Research Institute in Davos, Geoff provided invaluable guidance on the humane and ethical treatment of animals used in orthopedic research. Geoff’s firm conviction as to the value of comparative studies of humans and animals, inspired him to produce his textbook entitled Bone in Clinical Orthopedics published by AO Publishing in its second edition. In 1988, he was also the founding Editor-in-Chief of the journal “Veterinary and Comparative Orthopaedics and Traumatology” (VCOT).

Joe Schatzker AO Past President (1998-2000) said that "Geoff was a gentleman of the old school. He was kind, considerate, and always willing to lend his assistance to a colleague. His soft voice and quiet manner were deceptive. Behind this mask was a man of determination whose life reflected his high ethical standards. Geoff rose to great heights in his profession; he was a leader. As a scientist, Geoff had a mind which was never satisfied. I learned this when I had the privilege of having Geoff as a co-investigator and personal friend. We spent many productive hours at Guelph University and at Wellesley and then Sunnybrook Hospitals in Toronto pouring over slides of pathological events whose secrets we tried to unlock. As a surgeon and investigator, his kindness, love, respect, and care for creatures who could not speak, was something I always admired."

Stephan Perren, one of the AO Foundation's founding fathers, said that with his passing "we have lost a considerate and selfless friend who was always a gentleman in every respect, both stimulating and reliable. His clinical and scientific contributions will stand the test of time in the fields of veterinary and general trauma." Another great AOVET friend Kenneth Johnson who worked closely with him said that "Geoff was motivated by his vision for the future of orthopedics, and his influence within the AO and many other spheres was profound. His friendship, wisdom, advice and wry humor will be sadly missed by so many friends and colleagues."

They made a difference

The pioneer of
modern veterinary

Professor Wolf-Dieter Prieur died on February 13, 2019 at the age of 92. With his passing his colleagues have lost an outstanding figure in veterinary medicine, the AO has lost an individual who was central to the development and the success of AOVET, and his family and friends have lost a man whose humanity and generosity of spirit shone through at even the darkest moments. Prieur was born on January 16, 1927 in Breslau (now Wrocław) Poland.